Some of the hottest places on earth were no match for Evans Waterless Engine Coolants as it helped two British adventurers set a new world record time for driving from Cape Town to London.

Phillip Young and Paul Brace were behind the wheel of a humble Fiat Panda which recently smashed the previous record by completing the 10,000 mile trip in just 10 and a half days, thanks in no small part to Evans Power Cool 180°.

The application of the revolutionary engine coolant meant no cooling issues on the epic journey, which passed over the equator and through some of the hottest places on the planet, helping them on their way to a world beating time.

However, you need to swap some of the remotest landscapes in Africa for rural Oxfordshire to discover how Evans became such an integral part of the successful world record ‘road trip’.

It was at Rally Preparation Services – also an Evans dealership – that Phillip approached owner Simon Ayris, with whom he had worked with on previous projects, to express concerns about potential cooling issues on the Africa Record Run.

The answer was simple, replace the car’s conventional water-based coolant with Evans Power Cool 180°. That’s because all of Evans Waterless Engine Coolants are proven to work in a wide range of operating temperatures. The products will not freeze even at temperatures as low as -40 degrees Celsius, but more importantly on this occasion where overheating was a major concern, its boiling point is an impressive 180 degrees Celsius, and even then it won’t boil over.

“Our congratulations go to Phillip and Paul on their successful world record drive. It’s great that Evans played an integral part in keeping the engine operating without any overheating problems despite being tested in such extreme conditions.

It’s also proof again that Evans can keep its cool and why it’s chosen by many of the world’s leading motorsport teams tackling the harshest of environments.”

Indeed, Evans Waterless Coolant was recently used by the all conquering 2013 Rally Dakar Kamaz-master truck team and is the choice coolant for Honda’s World Motocross Team.

However, for those who don’t have aspirations to break records, Evans has developed specially formulated products for classic, vintage, heavy duty and modern car engines. 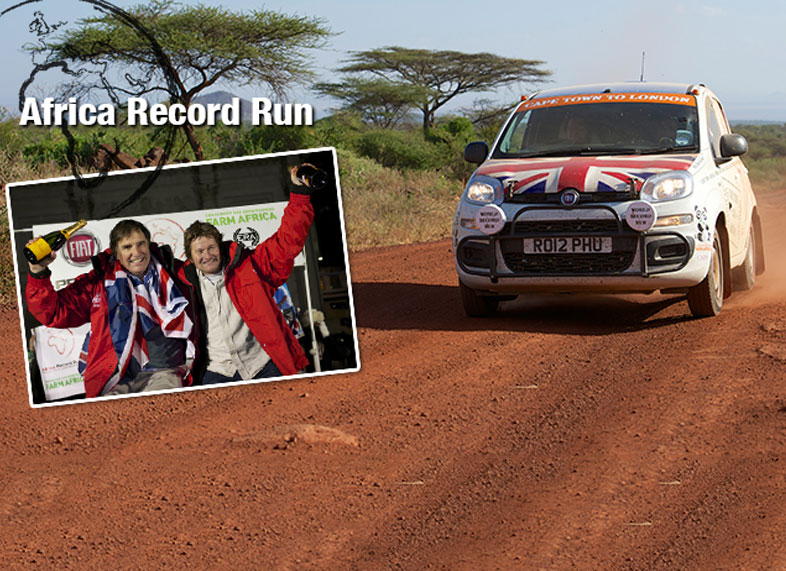