Vintage Adventurer Rod Wade is aiming to set a new world record as he drives against the clock from New York to California in his 1930 Ford Model A, paying homage to H. Nelson Jackson and Sewall K. Crocker, the first to drive coast-to coast across America 110 years ago.

Australian motoring enthusiast Rod and co-driver Michael Flanders will travel through ten states as they attempt the 2,947mile (4,734km) drive in under 60 hours. Their planned route will take them along the Lincoln Highway, the pioneering American transcontinental route championed by Henry Ford, and part of Jackson and Cocker’s original crossing, as well as down sections of iconic Route 66.

They will mark the start of their non-stop journey, which begins on Columbus Day (October 14th) by filling a bottle with water from the Atlantic Ocean, just off Staten Island. The water will then be poured into the Pacific Ocean when the team arrives at Venice Beach, Los Angeles. That’s when the clock will stop and a new world record will be set.

At the heart of the challenge is the car – a 1930 Ford Model A that will be on display on the Snyders Antique Auto Parts stand at the Antique Automobile Club of America’s Hershey Classic Car Show prior to setting off on this record-breaking adventure. Affectionately called Tudor Rose, the car is well accustomed to handling most environments as it has recently completed the Peking to Paris Rally, considered to be the world’s greatest motoring challenge.

Endurance rallying represents the ultimate test for any car engine, the varied terrain, harsh conditions and long distances certainly take their toll. Tudor Rose's engine may be over 80 years old but is more than up for the challenges with the help of Evans Waterless Engine Coolants. Unlike water, Evans Waterless Coolants contain no oxygen or minerals and so eliminates corrosion and with a boiling point in excess of 180 degrees prevents hot spots caused by pockets of steam. Evans also allows the cooling system to run at a lower pressure which in turn reduces stress on components. The waterless coolants will not freeze even at temperatures as low as -40 degrees Celsius and with the boiling point at an impressive 180 degrees celsius, eliminates overheating.

An Evans cooled Chevrolet Fangio driven by Phil Garratt and Kieron Brown won this year’s Peking to Paris Motor Rally. Two other cars in the top ten finishers and another two in the top thirty were also cooled by Evans and completed the race with no overheating issues. Evans have created specific formulations for a range of engine types, their Classic Cool 180 and Vintage Cool 180 products are specifically tailored to the Classic and Vintage Car markets, Power Cool 180 for performance car engines, Powersports for bike engines, Auto Cool 180 for modern car engines, Heavy Duty for commercial diesel engines and Aero Cool 180 for Rotax light aircraft engines.

The “Ocean 2 Ocean Challenge – America” will raise much needed money for the American Kidney Fund. With kidney disease affecting Rod’s wife and daughter, he has raised thousands for Kidney Health Australia and now is looking to support kidney sufferers in the USA.

Rod added: “The money we have raised in Australia will allow us to outfit RVs and campervans with dialysis machines so people requiring dialysis can have a little personal freedom to travel and enjoy life, instead of needing to be constantly within reach of a machine at their home, clinic, or hospital. We’re hoping that through this world record attempt, we can do the same for those having treatment in America.”

For more information on the Ocean 2 Ocean Challenge, the Vintage Adventurer and the latest updates, visit www.vintageadventurer.com. 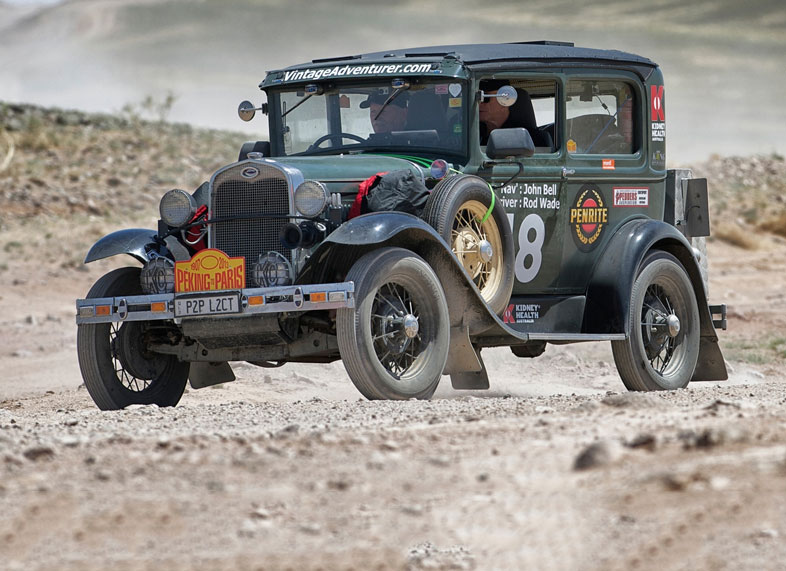