After busy demonstration events at the Bodensee Tuning World show and the Hockenheim Drift Challenge in Germany in front of thousands of motorsport and tuning fans, Evans Technical Partners Team Falken UK have returned to the UK in anticipation of their competition event next weekend.

The team first visited the annual Tuning World Bodensee event at the start of May to performance live drift demonstrations and passenger rides in the outdoor area. Having become a regular feature in the show, fans lined the live action arena to watch the team perform and queued in their thousands to meet and greet the drivers. Alongside Paul, Alan, Matt and Kirsty from the UK, Irish Drift Champion James Deane was in attendance as well as Dutch drifting duo Remmo Niezen and Lars Verbraeken.

Just two weeks later the Falken collective would congregate again at the Hockenheimring for the Hockenheim Tuner GP and Drift Challenge. This low-pressure event on the challenging world-famous circuit gave the drivers the chance to hone their skills ahead of the upcoming British Drift Championship round at Knockhill Circuit in Scotland.

The cars are running Evans Power Cool 180 this year, and the Falken team are already seeing the performance benefits.

Power Cool 180 is the go to coolant for many professional drift teams including, Japspeed, Driftworks, Hell and Ela Koko. 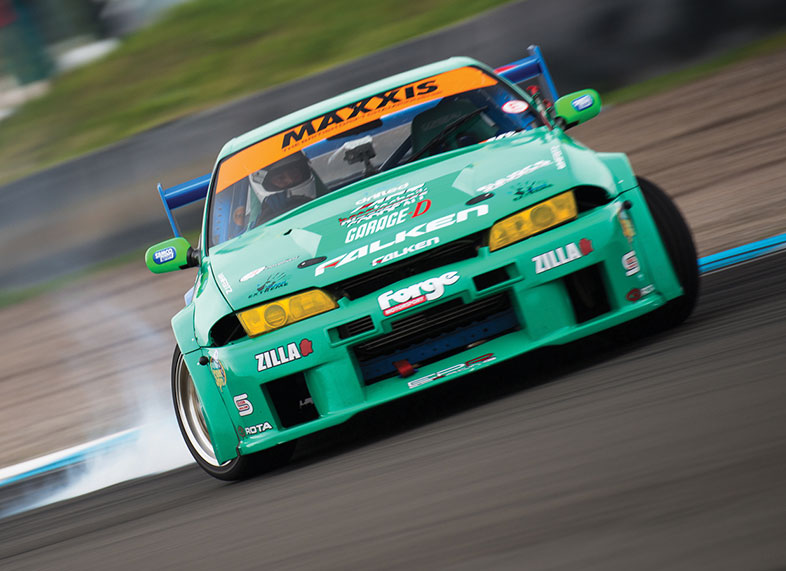