When Alvin Powell (Mondeo) and Dominic le Fanu (Escort) heard the ‘buzz’ surrounding Power Cool 180 and the benefits it offered to performance engines they decided to embrace the new era of engine cooling and convert their cherished motors.

Alvin’s  Mondeo is one of two built by Andy Rouse Engineering in March 1993, one was for Paul Radisich and the other for Andy. Readers  may remember Nigel Mansell spectacularly writing off Andy’s car at Starkey’s Bridge, Donington Park.

Paul had a very successful 1993 winning three races, one being at Brands Hatch, winning Ford’s 200th race, hence the unique number 200 sticker on the car.

‘The engine has always had overheating problems, especially in the holding paddocks waiting to go out on track. Power Cool 180 has eliminated these issues, plus it’s protecting the engine’. Alvin said.

Evans Coolants, are making a serious impact on the professional racing scene and first choice for Honda’s  World Motocross  Team and the all conquering  Paris Dakar KAMAZ Master Truck team.

Power Cool 180 contains no water and offers an increase in performance, low pressurisation, no corrosion to engine components and eliminates boil over with a boiling point of over 180°C.

Dominic’s 110bhp Lotus-powered Escort Twin Cam was conceived and developed by Ford's Boreham based competitions department during 1967 and unleashed on an unsuspecting public during January 1968. It went on to achieve many international race and rally victories during its short production life. The car's ﬁrst international win was on the 1968 Circuit of Ireland Rally when driven by a certain Roger Albert Clark.

Approximately 883 cars were built in total but no Escort Twin Cam was ever built at Ford’s Advanced Vehicles Operations facility. However, as all subsequent AVO Escorts used the Twin Cam as a basis, it now has a special place in the AVO OC as a father ﬁgure. Production of the Escort Twin Cam ceased in June 1971 as by this time, Ford was already producing an exciting new Escort, the 16-valve Cosworth BDA-powered RS1600.

‘I was concerned about corrosion, because the car was being stored for prolonged periods of time. Now I know that even when the Escort is standing still for a while the cooling system will remain in perfect condition’ Dominic added.

While Power Cool 180 is the go to coolant for performance cars, other specially formulated variants are also available for classic and vintage, modern, commercial and even Rotax light aircraft engines! 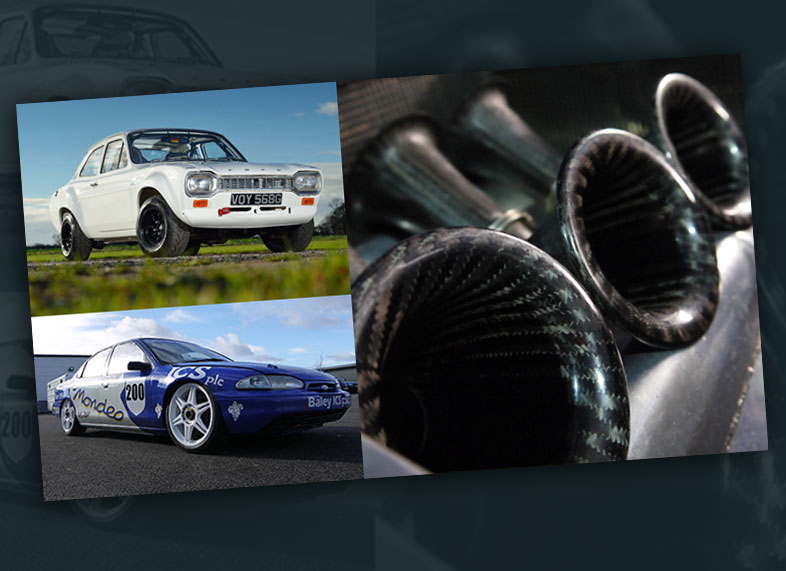