Steve Griffiths is the proud owner of an F1 Lotus Judd t101, originally driven by Saturo Nakajima back in 1989.

Designed by Mike Coughlan and Frank Dernie the Lotus Judd was originally driven by Satoru Nakajima in the 1989 F1 season. Nakajima equalled his highest F1 finish with a 4th place at the Australian GP, setting the fastest lap in the process. The Lotus team went on to finish 6th in constructors championship final standings.

The car was in pretty good condition, once it was in Steve’s workshop, it needed to be stripped and every part would need to be checked and replaced if required. Throughout 2010 the engine was stripped, checked, renovated and rebuilt. The car was given a thorough going over and didn’t require many parts to be replaced.

Most of 2011 was spent learning to drive the lotus, which was quite a learning curve. Steve is used to driving high speed performance cars, but nothing could prepare him for how fast the lotus is on the track. It was in another league compared to the cars he’d driven before the Lotus.

So how fast is it? Well in comparison with last year’s Lotus there was a 5 second difference on lap times between the two. When you consider that the Lotus Steve owns is twenty years old, it’s pretty impressive.

“It’s fast, when you sit down in one, you have to be focussed. If you’re not careful the car will bite back, so there’s no doubt you’re driving an F1 car”. Steve Griffiths

Running an F1 car can be a problematic affair particularly where cooling is concerned. The Lotus was always boiling over if left stationary for any length of time, spilling its coolant over the grid or pit lane. Steve has since converted the car to run on Evans Power Cool 180°.

“Evans has been superb, I no longer have any worries about overheating”. 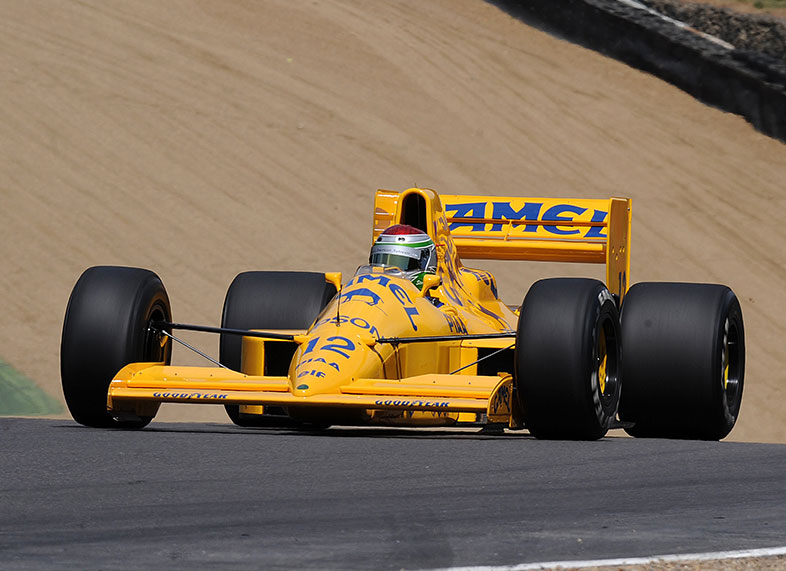