One of the most important things that stops your engine having a melt-down is the coolant coursing through its veins. Now, we all know we have to make sure our cooling system is tip-top with no leaks, the right amount of ﬂuid, and fans that actually kick-in when it gets a bit toasty – but have you ever thought about the actual coolant you’re using?

Since the 1930s most manufacturers have speciﬁed a water and coolant mix (usually 50:50) but this has always come with its limitations. Although water is an efﬁcient coolant, it still contains oxygen, which is the basis for all corrosion – even mixed with antifreeze, it will still boil off vapour at a relatively low engine temperature, creating high pressures and the risk of split pipes and leaks in the system. Until now technology hasn’t moved on too much, so we were very interested when we saw this high-performance waterless coolant from Evans. This stuff has been specially developed for zero corrosion, extremely low vapour pressures and it absolutely will not boil until above 180-degrees effectively eliminating the chance of any overheating, ever. But is it as good as it sounds? We ﬁnd out.

Power Cool 180 is speciﬁcally designed for modern performance engines and joins a line-up of speciality Evans products for modern classic and vintage engines, trucks and even boats.

The idea is to get every bit of the water out of the system, replacing it with these highly engineered ﬂ uids. Getting rid of the water solves all the problems found in the design of cooling systems, which essentially hasn’t changed for the last 90-years. There should be no overheating, no erosion of piston liners and cooling pumps, no corrosion and the pre-ignition and detonation caused by localised pockets of overheating adjacent to the combustion chambers should be eliminated maximising the potential BHP. So, there you go, the science is sound.

The FC verdict: Obviously this is more of a long-term test and we’ll let you know how we get on over time but ﬁrst impressions are good. The engines run one or two degrees hotter than normal, as expected, but we’re liking the fact that they’ll never, ever overheat. Both are running as smooth as they should, maybe even a little smoother, and the strangest thing is there’s no mega pressure in either system, the pipes aren’t bulging and you can actually take off the radiator cap at full temperature without getting a face full of ﬂuid.

What we already know is this is a product used right now by many motorsport factions, including some very close to FC, and we’ve heard nothing but massive praise. With a little mechanical knowledge it’s something that can be done at home too. On our cars, at the moment it’s performing perfectly. 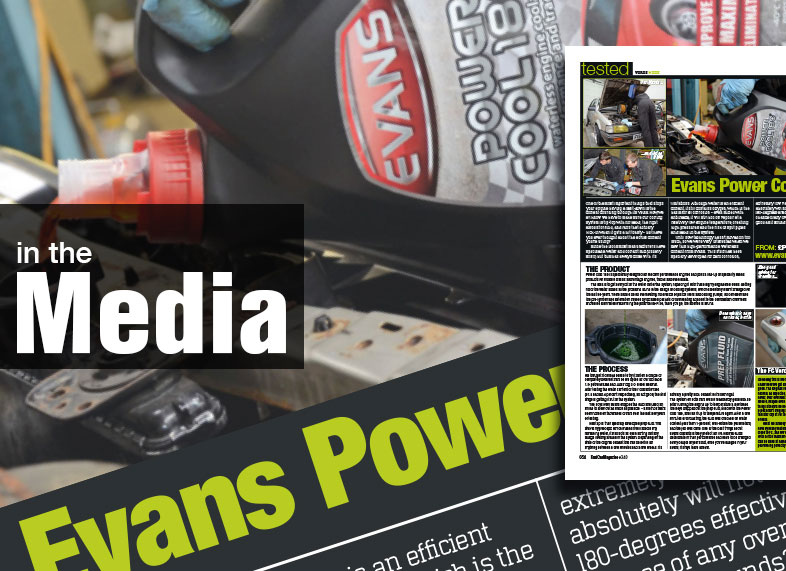