Evans Waterless Engine Coolants are now used at Beaulieu National Motor Museum to protect and preserve some of the most significant and beautiful cars in the world.

Doug Hill, Manager and Chief Engineer, Beaulieu National Motor Museum was first introduced to the qualities of waterless engine cooling when part of the action team to rebuild and fire up the Allard Chrysler dragster, Europe’s first dragster. Doug was keen to utilise the benefits of Evans coolants to safeguard the important pieces of automotive history on display at Beaulieu.

‘We at Beaulieu consider ourselves to be guardians of these precious vehicles and aspire to being a centre of excellence in vehicle preservation, with its engine protection and engine preservation qualities Evans coolants are our choice. We are still in the process of evaluating Evans coolant but so far we have had nothing but positive results in our applications of the product, despite using it in some very testing circumstances’. Said Doug.

Since the 1930’s engine coolants have been based on a mixture of toxic Ethylene Glycol, water and corrosion inhibitors. All such mixtures have inherent physical and chemical limitations that restrict engine performance and affect reliability. Evans Waterless Engine Coolants represent a major step forward in engine cooling and engine protection technology.

Unlike water, Evans coolants contain no oxygen or minerals and so eliminates corrosion and with a boiling point in excess of 180 degrees prevents hot spots caused by pockets of steam. Evans also allows the cooling system to run at a lower pressure which in turn reduces stress on components. The waterless coolants will not freeze even at temperatures as low as -40 degrees Celsius and with the boiling point at an impressive 180 degrees celsius, eliminates overheating, boil-over and after-boil.

The classic cars of yesteryear were built for a different era of motoring and often suffer on today’s roads. Hotter modern fuels, ageing cooling systems and heavy traffic all take their toll, more and more classic car owners are moving to Evans and enjoying the freedom and peace of mind that waterless cooling brings.

Doug drove Beaulieu’s stunning 1935 Auburn Speedster to this year’s Goodwood Festival of Speed, it was converted to Evans in June this year and he was keen to give the car a test run.

‘Despite being stuck in stop go traffic for 75 minutes, the temperature remained stable at 180f (American instrumentation) and there were absolutely no issues due to temperature. The Ambient temperature was 28c. So, big thumbs up to Evans’. Said Doug.

Once applied, Evans coolants are designed to last the lifetime of the engine and never need replacing. Owners switching to the new product also have further comfort as unlike traditional antifreeze solutions, it is classed as non-toxic, dramatically reducing its health dangers. 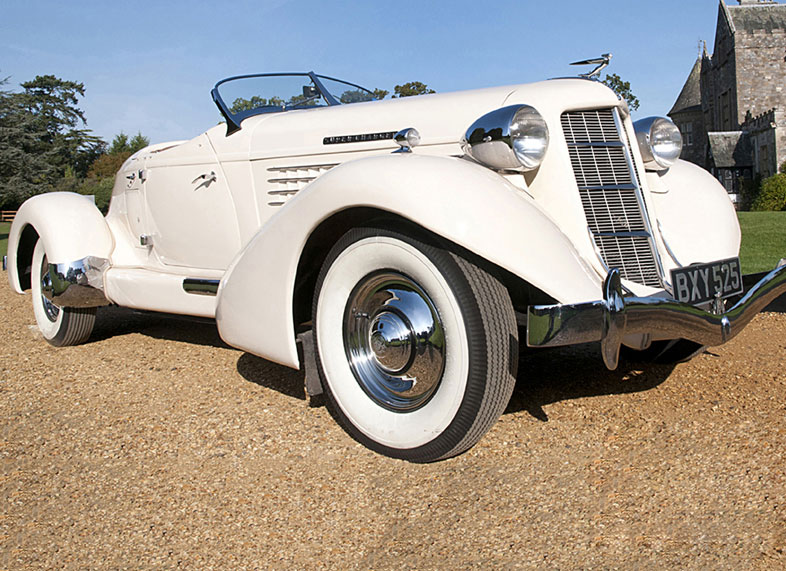